A movie about the power of thousands, the courage of hundreds and the friendship of a few, thanks to whom a change of fate of millions became possible. A film about the struggle against communism. Wrocław, 1981. The events depicted in the film took place ten days before martial law was introduced in Poland. Władysław Frasyniuk, then leader of the regional Solidarity, along with four colleagues, withdrew 80 million of the organization's money out of the bank. The money was later used to build the underground resistance movement against communism, before the country’s then-leader General Wojciech Jaruzelski launched a major crackdown.

"I would like to create a film with a rapid compelling action, meandering between crime and comedy. Funny when it needs to be and full of suspense when essential.”
Waldemar Krzystek 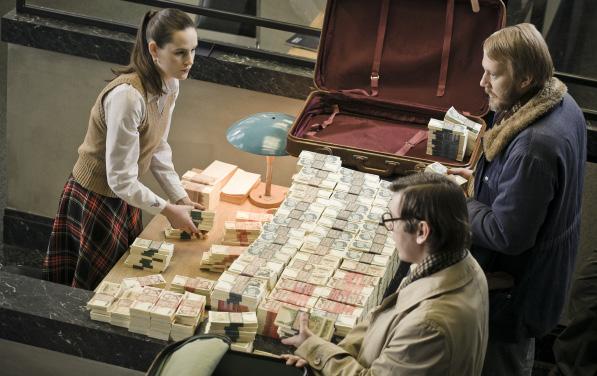 Waldemar Krzystek, awarded the Golden Lion at the 33rd Polish Film Festival in Gdynia and People’s Choice Award at the 31st IFF in Moscow for Little Moscow, presents a story that is full of suspense and surprising twists based on true events. Poland, Lower Silesia, the beginning of a very cold winter 1981. After the series of entrapments by the Security Service a confrontation between the opposition and the communists seems to be inevitable. Just before the proclamation of martial law a group of young Solidarity activists decide to play va banque and organize a rash action to take out 80 million of the Union money from one of the Wroclaw’s banks before the account would be blocked. Security Service officers follow their steps.
It’s the beginning of a gripping tournament in which also priests and curb dealers will play their parts. Each side has aces up their sleeve. 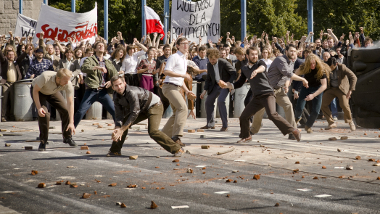 Waldemar Krzystek
Born in 1953. Screenwriter and director. Graduated in Film Directing from the Radio and Television Department of the University of Silesia. Directs documentary films and teleplays. Winner of awards at international film festivals in Dunkirk and San Sebastian.